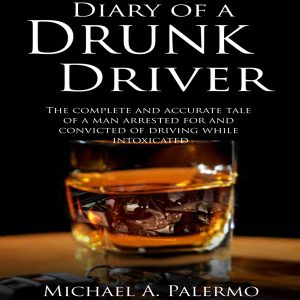 First of all, let me say that it’s not a good idea to drink and drive; I’d been doing it for years and getting away with it. Getting away with it because I’d always been careful, cautious, and never drove when I thought I had too much to drink! I was a college baseball coach for seven years and one time, after I got thrown out of a game, I stopped at an Italian restaurant in Bloomfield, New Jersey, to grab something to eat, have a cocktail, and calm down. Who do you think was sitting next to me at the bar? Clete Boyer, the great former Yankee third baseman of the 1960s and the then-third base coach for the Yankees! I looked over at him, smiled, nodded, and thought to myself “Where the hell do I know this guy from!” Then, being a Yankee fan my whole life, it hit me: “This is Clete Boyer!” So, being the ballsy bastard I am, I said, “You’re Clete Boyer,” and he said, “That’s right.”

I said, “I bet not a lot of people in here know that!”

He said, “NOBODY FUCKING KNOWS IT and I’d like to keep it that way!” He gave me a look, and I gave him a look, we both laughed and started bullshitting!

I told him I was the head baseball coach at St. Joseph’s College on Long Island and we were in town playing Bloomfield College. I explained that we won the first game of a doubleheader and that I was thrown out of the second game, showered, and stopped at this place! He said it must’ve been late in the game and I must have been way behind. He was right; we were getting our asses kicked 11-2 and it was the next-to-last inning. Anyway the point of all this is that we kind of bonded, kept drinking, and I think he was enjoying the camaraderie. We were talking about all the old Yankees … all my idols … Mickey Mantle and his drinking, etc. … and then he said something to me that I’ll never forget! “Sometimes you’re better when you have a few in you!” A few. Not shit-faced, not stupid! Just enough to feel better and relaxed.

If I drive over the Verrazano Narrows Bridge between Brooklyn and Staten Island when I’m completely sober, I’m scared to death; my hands are sweating, my heart starts racing, and I can’t wait until I’ve crossed that son of a bitch. But a vodka and a couple of glasses of red wine with dinner and I glide over that baby as relaxed as I can be—not speeding, just gliding! But the problem is, most people don’t have a few. They don’t know when to stop. Those are the people who are the reason drunk driving and the consequences of it are out of control. Those people are the reason you are reading this book!